The life of a sexual assault survivor is volatile. There are days I feel overwhelmingly angry; I want to fight the injustice and change the system—the system that allows 994 of every 1000 rapists to walk free (rainn.org). Other days, I just want to live a normal life—a life untouched by sexual violence. Every minute I spend striving to attain justice, every dollar I spend on legal proceedings, every night I lose of sleep—these are all resources the perpetrator has robbed from me. Sexual assault steals and continues to steal.

Justice is rare, and that is the very reason there needs to be change. I think justice begins with education—there are so many misconceptions surrounding sexual assault. Since coming forward as a rape survivor in March, I’ve learned a lot about the criminal justice system and the way people respond to sexual assault allegations. These are the most pressing observations I’ve made since then.

Those who dismiss sexual assault allegations as revenge or political conspiracies show a flawed understanding of false accusation statistics and the emotional burden it is to come forward as a survivor. It’s estimated that only 2-10% of sexual assault allegations are false (National Sexual Violence Resource Center). Statistically, that means there is more than a 90% chance that any individual accusation is true—so you should be deeply troubled when someone you know is accused of sexual assault. It is not the time to brush the allegation away, proclaim “innocent until proven guilty,” and move on with your life.

Furthermore, sexual assault accusations are HARD to make. You’re not only sharing one of your most traumatic and dehumanizing experiences; you’re also making yourself vulnerable to retaliation, doubt, and hate. You are putting your integrity on the line.

Another important point: no one wants to be known as a sexual assault victim. No one wants to relive and be defined by their trauma. There are many reasons for survivors to keep their stories to themselves; so when they do share, you really should listen.

Many reactions to sexual assault allegations are logically unsound. Here are a few:

These reactions are steeped in self-interest. People readily vocalize their support for survivors, but are unwilling to change their lives to actually execute that support. I get it—it’s a shock to discover that your friend committed sexual assault. It’s uncomfortable to cut friends off, especially good ones, ones with whom you have history. But in failing to hold sexual abusers and their supporters accountable, you are betraying survivors. Over 98% of criminal trials allow rapists to walk free (rainn.org). The justice system is failing survivors, so it’s all the more essential that we do what we can to hold sexual abusers accountable in our daily lives.

I’ve also noticed an unusual fascination with the concepts “innocent until proven guilty” and “hearsay” when it comes to sexual assault. While we normally believe a friend’s word, sexual assault seems to be the exception. Don’t get me wrong: it’s smart to be cautious and to get the whole story before making judgments. The problem with “innocent until proven guilty” and “hearsay” is that it often becomes an excuse to remain “neutral”—to avoid taking sides and to go on with your life as normal, continuing to interact with the accused and their supporters. Neutrality does not exist in sexual assault. Again, when you continue with your life as normal, you are acting as if the assault did not happen, which only enables the perpetrator.

This is another response to sexual assault that is a slap in the face to survivors. Kate Manne coins the term in her article “Brett Kavanaugh and America’s ‘Himpathy’ Reckoning.” Himpathy, she says, is the “inappropriate and disproportionate sympathy powerful men often enjoy in cases of sexual assault, intimate partner violence, homicide and other misogynistic behavior.” Remove the “powerful” before “man,” and the concept remains prevalent.

When I came forward with my story, a close friend berated me for being so “vengeful,” proclaiming that there was “no defense for rape accusation” (it’s important to note that I did not even name names). He lamented the so-called ruin of the perpetrator’s reputation while ignoring the assault itself and the pain I’ve faced. That was himpathy, and this is rape culture.

When we show disproportionate sympathy to male perpetrators, we implicitly value their lives over those of female survivors. People are quick to say that an accusation will ruin a man’s life, but what about the permanent stain it has left on that of the survivor?

4. “He helped me through my sexual trauma, so he can’t be a rapist.”

The misconception that rapists have to be “bad” people, or have to be uneducated on issues of sexual assault, is still very much prevalent. The sad truth is that ANYONE can be a sexual abuser—a doctor, a famous writer, a movie producer—EVEN those who have helped others through sexual trauma.

Victims are actually most commonly assaulted by romantic partners or acquaintances. Twenty-five percent of rapes are committed by a current or former romantic partner, and 45% are committed by an acquaintance. Seventy percent of the time, people we know and probably trust are committing these sexual crimes (rainn.org). Anyone is capable of losing control and fulfilling their selfish desires at the expense of another human being.

5. Why survivors don’t report (or wait a long time to report)

Donald Trump proclaimed that if Professor Ford’s allegations against Brett Kavanaugh were true, either she or her parents would’ve immediately filed a police report. The reality is that most survivors don’t report, and even if they do, many wait months and years after the assault. Professor Ford waited 35 years to come forward. Roy Moore’s accusers also waited decades.

Many survivors choose not to report because they might face gaslighting, blame, or retaliation. Others wait to report because they initially don’t want to admit they’re a victim—trauma takes a long time to process, sexual assault is heavily stigmatized, and survivors may simply want to maintain the image of a put-together life. (For more reasons survivors don’t report, this Huffington Post article is pretty informative.)

One of the biggest deterrents, however, is that survivors may have to relive their trauma for NOTHING to happen. In this next section, I want to point out four systemic problems in the criminal justice process that pose significant barriers to survivors, making justice even more difficult to attain.

1. Double standards help the perpetrator and cast doubt on the victim.

For a perpetrator, you might hear reasoning like: “Oh, he graduated with honors, he’s not the type to rape.”

At the same time, you might hear this for a survivor: “Oh, she graduated with honors, she doesn’t fit the profile of the typical victim. If she was really raped, her grades should’ve dropped.”

(Rather than: “Oh, she graduated with honors, she doesn’t seem like the type to make a false accusation.” Not that academic achievement and integrity are directly correlated, mind you).

Just like there’s no “typical” rapist, there’s no “typical” survivor either. A victim’s life doesn’t need to fall into shambles after sexual assault. We all have different ways of dealing with trauma—personally, I fought to maintain the life I had before. I saw it this way: the perpetrator would only be robbing more from me if I didn’t push ahead as best as I could. I wasn’t going to let him win.

2. Mental health around the time of assault is used to discredit the victim.

Even more contradictory: many people expect survivors to look like a “typical” victim and deem them uncredible when they don’t, yet penalize them when they have PTSD, depression, or other mental health issues—EVEN if these issues began around the time of the alleged assault, and should logically be used as supporting evidence that a traumatic event did, in fact, take place. In court, it may actually be argued that because the complainant has mental health issues, they can’t give a faithful testimony. Another double standard.

When survivors come forward, they put themselves at great legal risk. Rape accusations are considered defamation per se, meaning that the accused don’t even need to prove damages to sue for defamation. While reporting to the police is protected under the law, reporting to campus Title IX offices is not. Students have actually been sued for making Title IX reports.

This is not to deter survivors from filing reports—truth is, after all, the best defense. Defamation lawsuits are long, costly, and gnarly for both parties, so the perpetrator would need to think twice about filing as retaliation. Just as it’s difficult to prove that a sexual assault did occur, it’s complicated to prove that it did not occur.

4. The accused can refuse to give a testimony until charged (if charged).

I find this final policy most disadvantageous to survivors. When a survivor files a police report, the alleged perpetrator can refuse to give a statement until they are charged with sexual assault. If the perpetrator is charged, they have access to any statements or evidence that the survivor has submitted to the police. This makes it exponentially difficult to catch the perpetrator in a lie because they can remain silent until they’re charged, then make up a story based on the evidence.

For more information on sexual assault, you can visit RAINN.org (the nation’s largest anti-sexual assault network), or contact your local rape crisis center. Several national and local legal resources also exist for survivors, such as the Victim Rights Law Center in Massachusetts. The VRLC was especially helpful in clarifying some of the legal points in this post. 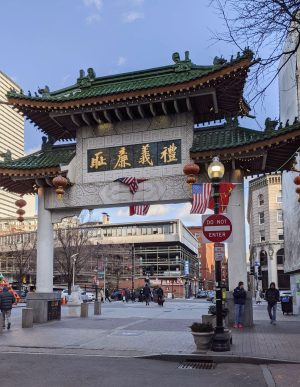 How to Support the Asian-American Community

Actionable Ways to Contribute to the #BlackLivesMatter Movement 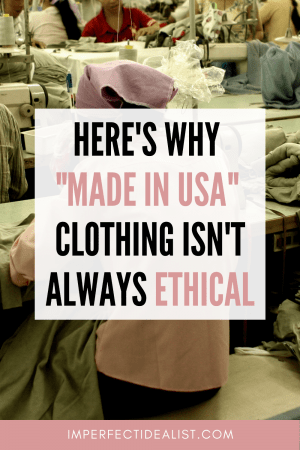 Sweatshops STILL Exist in the US: What We Can Do