The other English TAs and I hosted a Halloween party for our students yesterday. I haven’t dressed in costume since middle school (I usually opted for my thrifted ugly black cats and bats sweater instead), but I wanted to be more festive this year. Our monthly pay is modest though, so I try to save where and can and resolved not to spend any money on my costume.

Turns out, I dress a lot like Mary Poppins in my day-to-day life haha, so the clothing part was easy. I also had an umbrella that did the trick. But I most definitely didn’t have her signature floral hat. So, I gathered up free supplies from our collective TA office (it’s full of weird knick knacks like a mini Christmas tree, a cane, an MCAT book…) and made this fantastic tacky hat: And here’s a different (more everyday) version of the look since I’m indecisive: I actually learned that using everyday clothing to emulate Disney characters is actually an entire subculture, called “Disney bounding.” Basically, you’re not allowed to wear costumes to any of the Disney theme parks, likely because you might get mistaken for an actual worker in costume, which could be a security issue (little kids running up to strangers/other park goers for hugs is not a great idea). I’m pretty proud of this costume because it’s basically Disney bounding, and didn’t cost me a penny!

Anyways, here’s how the most important part of the look, the hat, came to be: Cut the center of the plate out. I folded the plate and cut along the outermost crease that was already there. Cut as smoothly as possible because the circle you remove from the center will become the top of your hat!

Cut two 3-4 inch wide strips of cardstock from the long side of the sheet. This will be the tall part of the hat.

Paint or color your plate, the cutout center of the plate, and the two strips of paper black. It’s important to do this before taping, otherwise it’s super obvious that you used tape (like it was for me, oops!).

Once dry, tape the two strips of cardstock together from the short ends. You’ll want to overlap the pieces, otherwise they’ll bend funny when you try to tape them into a cylinder. Tape on both sides of the overlap.

Tape the other short ends of the cardstock together to form a cylinder, also overlapping the strips. Take care to make the circumference of this cylinder match that of the inner rim of your paper plate.

Tape it all together! Try to tape on the inside when possible, and reinforce around the circumference. There’s no need to tape all the way around, however–I had about 4 vertical pieces of tape on each rim. Leaving some untaped spots also allows you to tie your yarn around the rim of the hat, rather than poking holes in the rim.

Bend your fake flower stem so that it wraps around the base of your hat. If the stem can’t bend, cut off the fake flowers and tape or hot glue them on. Hope this helps with your frugalist Halloween adventures! 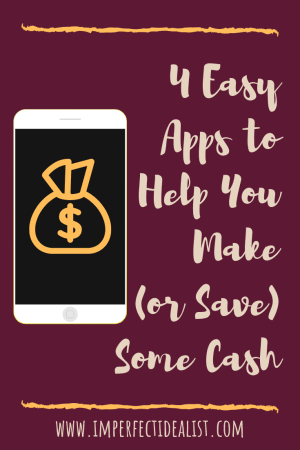 4 Easy Apps to Help You Make (or Save) Some Cash 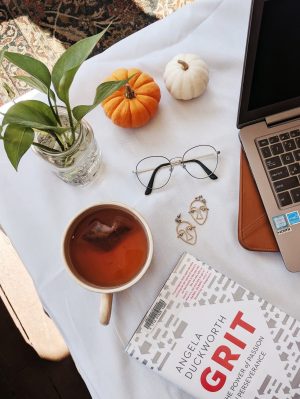 Why I’m Not Working Full-Time 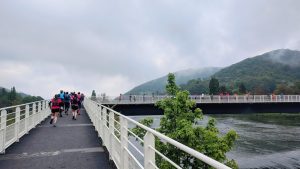