Both watches are extremely capable and are the most accurate units I’ve tested so far, so it can be hard to make a choice (though it’s also hard to go wrong). In this post, I’ll go over the reasons to choose one watch over the other.

As context for my review, I’m a distance runner who trains mainly for marathons, but I’ve also dabbled in trail running and triathlons. I’ve been using a loaner FR255S Music and FR955 Solar for a few months, and I eventually bought a used FR255S Music for further testing. I’m a GPS watch nerd and have tested all the most popular Garmin and COROS watches, and want to help you make a decision (check out the rest of my GPS watch comparisons).

This post contains affiliate links, meaning that I earn a small commission on any purchases, at no extra cost to you. Your support allows me to keep writing reviews like this one 🙂

The Forerunner 255 and 955 have a lot of similar features. Here’s a quick overview of them:

Fitness tracking for common activities: You’ll be able to track a wide variety of indoor and outdoor activities, including:

More precise tracking: The new All-Systems mode lets your watch use any of the satellite systems (GPS, GLONASS, Galileo, BeiDou, QZSS) and switch between them based on the quality of their signals. This is the default setting for the watches. Multi-Band mode is the even more accurate option that allows your watch to get L1 and L5 frequency signals. Both the Forerunner 255 and 955 have had the most accurate tracking I’ve seen in a watch, even when “just” using All-Systems mode and not the more powerful Multi-Band mode.

Music functionality: Download tracks to your watch or use Spotify Premium, Amazon Music, Deezer, or iHeartRadio. Available on the FR255 music version only and all versions of the FR955.

Safety features: LiveTrack and Incident Detection, allowing loved ones to track you during your workouts and be alerted if an incident is detected (your watch must be connected to your phone to access these features).

They do have pretty substantial differences though, so let’s get into those now!

Reasons to Pick the Forerunner 255

The Forerunner 255 is the less premium watch, so this section will naturally be shorter. That said, it’s still loaded with features and could be the better choice for you over the Forerunner 955.

Here’s a quick table with the actual weights and sizes:

The FR255 also has a quick release band, making it really easy to change bands. The FR955 requires a special tool, though most replacement bands will come with one.

Reasons to Pick the Forerunner 955

The Forerunner 955 is among Garmin’s most capable watches, and it does basically what the ultra-premium Fenix series does except in a (still-durable) plastic case.

The FR955 is the first watch in the Forerunner series to have a touchscreen. I wasn’t sure how I’d like a touchscreen Forerunner because the sporty build didn’t seem fitting for one, but it’s pretty convenient. I really like being able to scroll through the data screens on the run summaries, and swiping through my performance and daily fitness data.

If you don’t like touchscreens, you can always disable it, and you would never be able to tell that the watch has a touchscreen since the glass is very discreet. In fact, it’s Corning® Gorilla® Glass DX, which is similar to the other lens materials.

One big benefit of the Forerunner 955 is its faster GPS acquisition compared to the Forerunner 255. The FR255S Music I tested acquired GPS signal in 17.5 seconds on average, which is a bit of a wait. The FR955 Solar I tested was at least twice as fast, if not more. I never bothered timing it because it was so quick, and just as fast at latching onto signal as COROS watches (sometimes it was even faster).

The FR955 has longer battery life than the FR255, so if you’re planning to do ultra-endurance events or go on long hikes, you may prefer it. Here’s a table of the battery life:

Some of the terms in the above table may sound like gibberish, so let me explain. “GNSS” stands for Global Navigation Satellite System. As mentioned earlier, “All-Systems” lets your watch use any of the satellite systems (GPS, GLONASS, Galileo, BeiDou, QZSS) and switch between them based on the quality of their signals. This is the default setting for the FR255 and FR955. “Multi-Band” is the dual-frequency option that allows your watch to get L1 and L5 frequency signals, and is the most accurate.

While wearing the FR955 Solar only for workouts and keeping it in All-Systems mode, I was able to get around 12 days of use and 6-7 hours of GPS tracking before it would dip under 30%. If I let the watch go under 20%, I could get a full 2 weeks out of it. This is good battery life, but I would expect such an intense watch to last even longer, especially since the FR255S Music has also lasted me around 11 days (though with 1-2 hours less of GPS activity).

If you get the solar version of the FR955, you can extend the battery life slightly, but you have to be in the right conditions. Here are the battery life estimates below (Garmin says these are assuming 3 hours per day outside in 50,000 lux conditions, which is a slightly overcast day).

It’s the winter in the Midwest for me currently, so it’s hard to meet those solar conditions, but they would be no problem in the warmer months. To help you understand your solar conditions, the FR955 Solar has a widget which lets you know the solar intensity it’s been exposed to over the last 3 hours.

It’s worth noting that the FR955 Solar is physically different from the regular version, as it has a thin solar rim around the display. The display sizes are the same, however, as space for that rim is taken from the bezel. I don’t love the look of the solar rim, but it’s not that bothersome. It can making taking photos of the watch face difficult though, so keep that in mind if you like posting photos of your workout summaries to social.

Finally, the Forerunner 955 has full-color topographic and landscape maps. They come preloaded and are very detailed. You get names of streets, trails, and major landmarks, all with turn-by-turn navigation. If you’re planning to do long hikes in remote areas, you may appreciate this feature. The Forerunner 255 has navigation, but only a breadcrumb trail, which is harder to follow.

Both the Forerunner 255 and 955 are packed with features. You’ll have metrics to improve your training performance, incredibly accurate GPS tracking, lifestyle features like Garmin Pay, safety features, and more.

If I had to make a choice, the Forerunner 955 would be too intense for me in terms of features, and it sometimes hurt my wrist after prolonged periods of wear, so I’d go with the Forerunner 255. But I did enjoy being able to track activities like Tennis, Pickleball, and Bouldering. The touchscreen was also really nice and I instinctively wanted to swipe the screen when I was using the Forerunner 255.

Overll, they’re both some of the best GPS watch options out there right now, so you’re going to make a good decision either way.

If this review helped you, it would mean a ton if you purchased through my affiliate links or codes. I also want to encourage you to buy secondhand or from small, local running stores if you can. I don’t get paid if you do that, so if you still want to show your appreciation financially, you’re welcome to buy me a virtual coffee.

If you have any questions, feel free to leave them in the comments. Also let us know what you decided on and why! 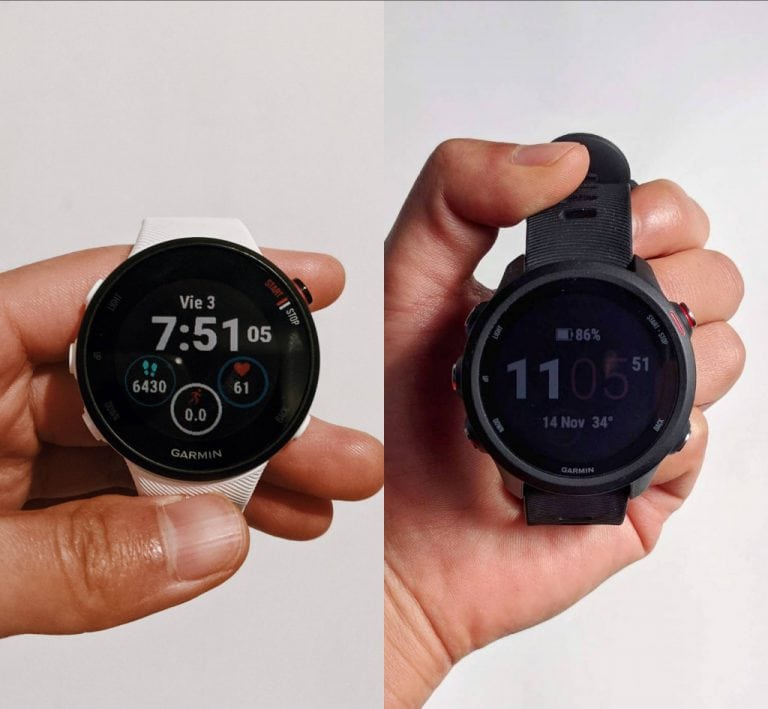 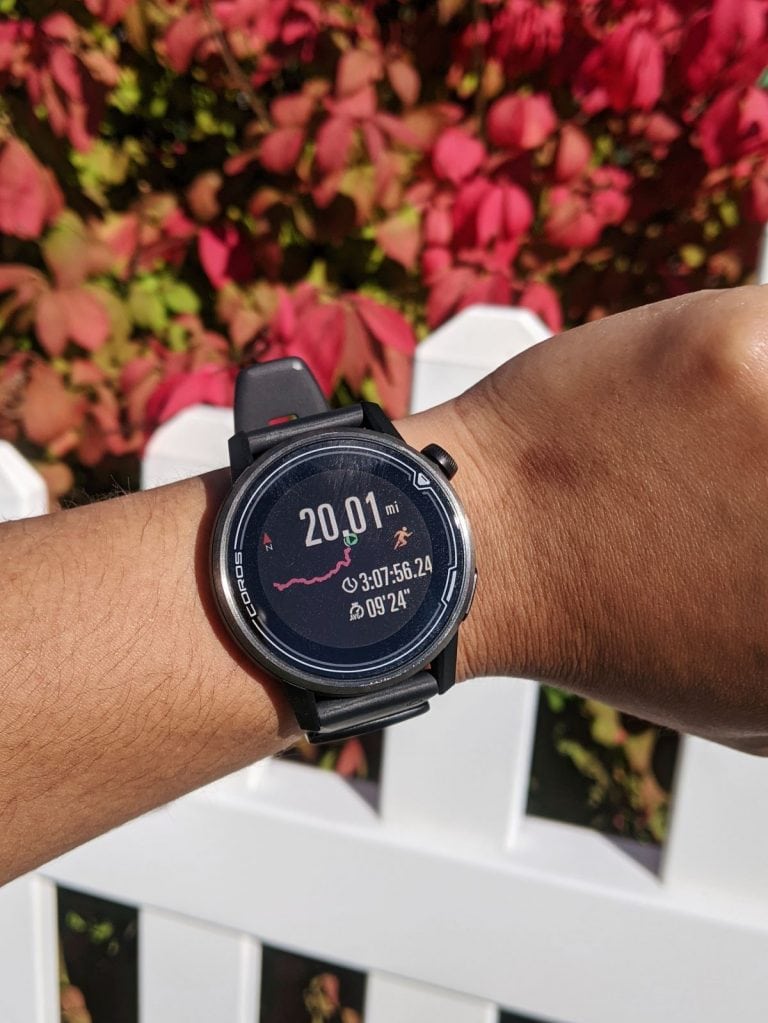 In just the span of a few years, COROS has become a frontrunner in the GPS… 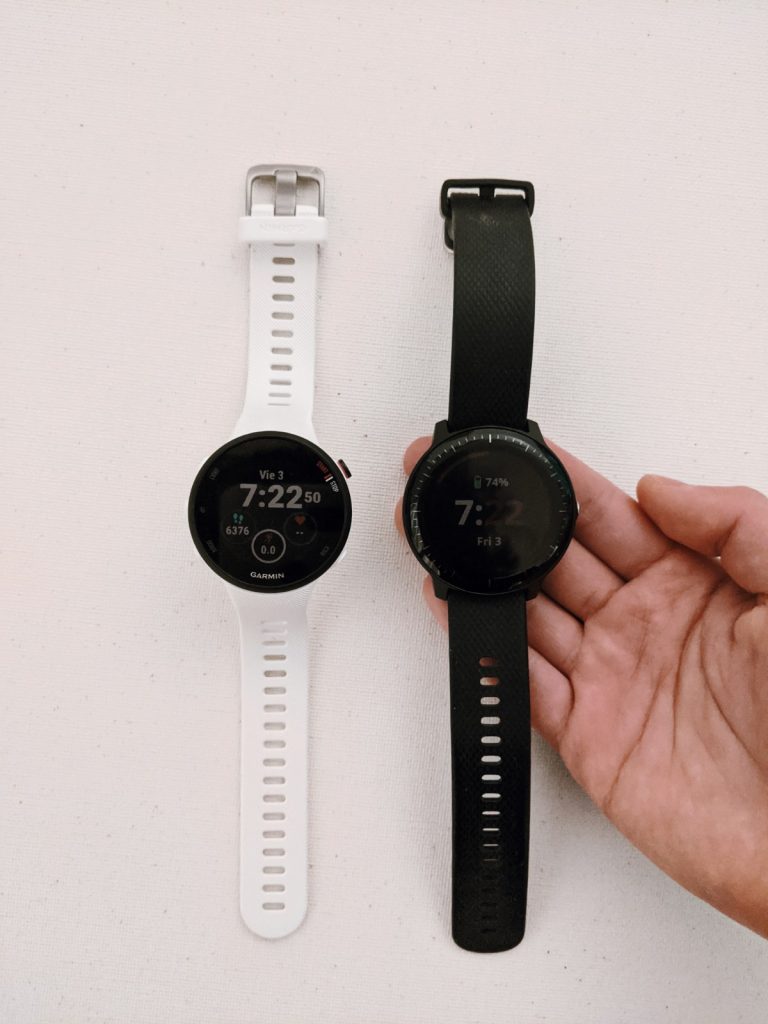 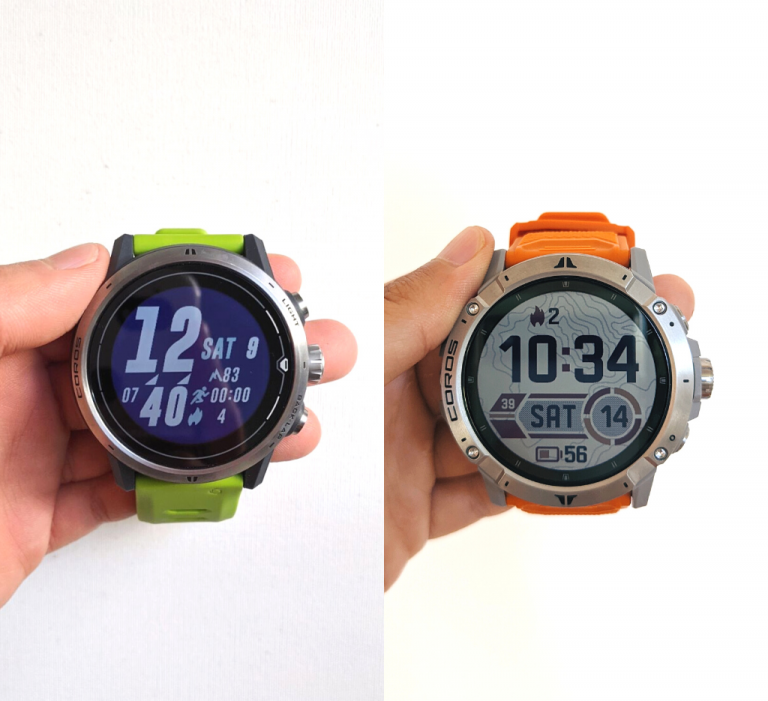 The APEX Pro and VERTIX 2 are the most premium watches in the COROS lineup. When… 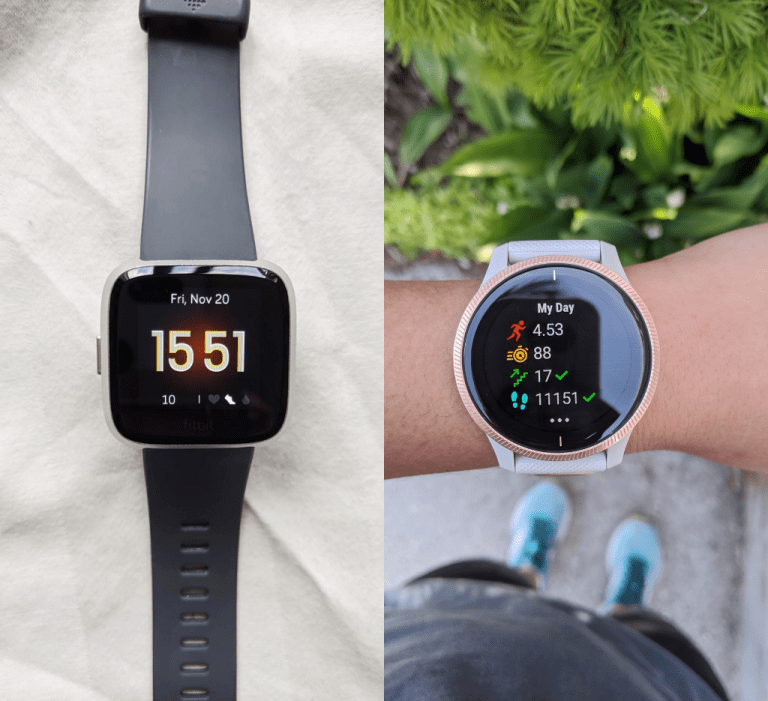