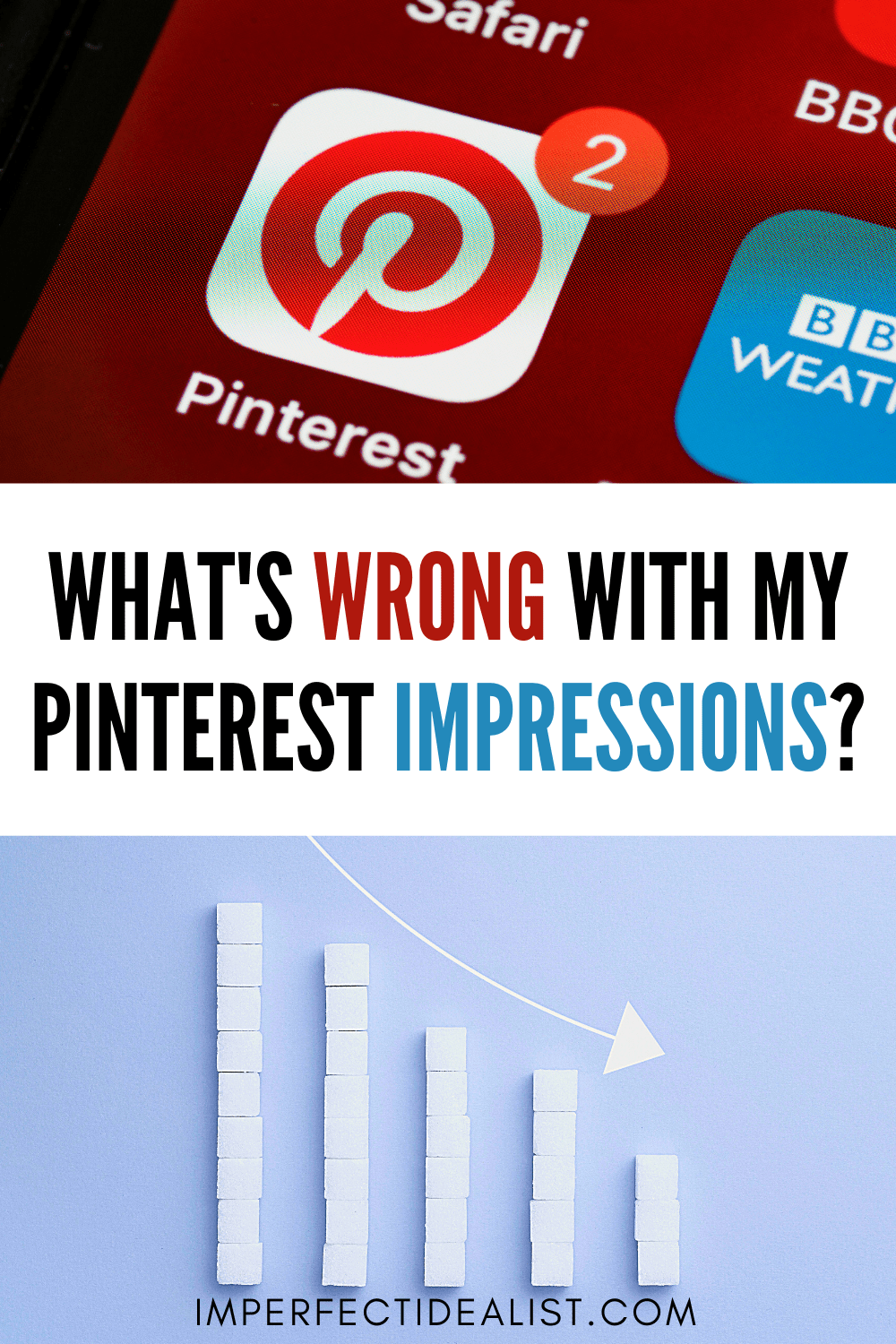 Pinterest is touted as a powerful tool for bloggers, but it’s been a massive headache in 2020. Many bloggers have experienced unexplained drops in traffic throughout the year—including me.

There appear to be 3 different issues, as of December 2020. These are likely because the Pinterest team is working remotely until August 2021 (at least), and things are just not functioning as smoothly as before.

All of a sudden, I was getting less than 10 impressions. But while my fresh pins weren’t getting seen, my older ones were still doing fine, and my link clicks and monthly audience weren’t really impacted.

I didn’t do anything about it for a month, and eventually contacted Pinterest for another issue. In passing, I mentioned this issue. They didn’t say anything about it, but my impressions recovered shortly after. I eventually grew my account to 500k+ monthly viewers and 7.5k+ monthly link clicks.

This issue seemed to come in waves, and many bloggers got hit in the summer and fall. If you’re caught by the filter, contacting support is usually the best option. They generally admit there’s a problem and try to fix it for you (unlike some of the other issues). Some accounts recover shortly after, but others continue to have low impressions.

Key indicators that you’ve been caught in the spam filter are:

This problem usually comes in combination with another glitch. If your traffic has totally tanked, this situation probably applies to you.

Check some pins that you know were ranking, and see if you still show up in results. If you don’t, your old pins were likely de-indexed. In this case, reach out to support and see if they can help you out. 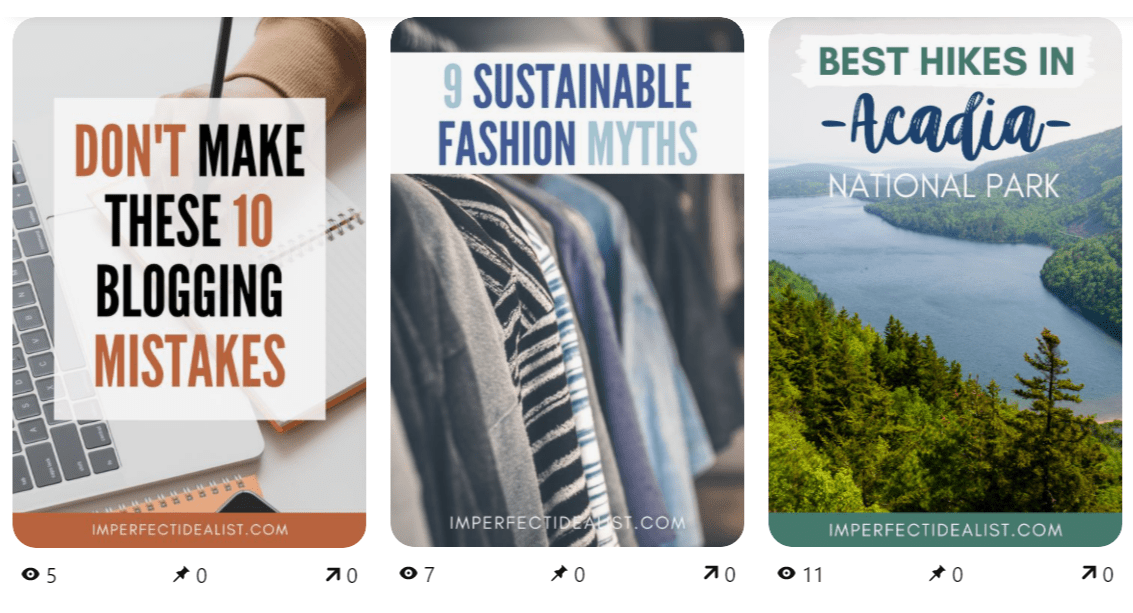 But wait, there’s more! Beginning in October 2020, there was a new wave of low impressions. U.S. accounts were hit earlier in the month, and European accounts were impacted later on (I have a French account, and my impressions dropped around October 21st).

This new glitch seemed just like the spam filter: all of a sudden, my fresh pins were getting under 10 impressions. But this time, my link clicks were also impacted, and I lost about 50% of Pinterest traffic.

The difference is that Pinterest support refuses to admit this issue. They’ll likely give you a canned response about pinning high-quality content and prioritizing fresh pins. This is what they told me and many others:

Oftentimes, fluctuations can result from changes in seasonality, related interests in content, format type, engagement rates or updates that Pinterest makes to our system to better deliver valuable ideas to Pinners. Just like our users’ interests evolve, we can expect the distribution of content to see natural ups and downs as well.

We encourage creators to continue to post high-quality, inspiring ideas to see what resonates with their audience on Pinterest. In some cases, recent changes may be due to updates we are making to prioritize new Pins over already-Pinned content.

No matter how hard you press, they’ll likely continue to tell you that nothing is wrong (trust me, I tried). It’s extremely frustrating because many of us are already aware of best practices and are following them. This is also clearly not a natural “ebb and flow” when this is a widespread issue, and certain bloggers’ pins are performing poorly across the board (even seasonally-relevant ones).

This issue has still not been resolved for me and many others. Based on my blogging Facebook groups, some accounts recovered suddenly after a month or two. I will be going on the second month in a couple weeks, and will report back if there are any changes.

Pinterest is still a fantastic tool for growing your blog, but you have to be aware of its limitations. Before giving up or taking a break, here are a few things you might try:

Some bloggers have reported that these measures have helped them. I’ve tried the first two, but not the last three. Neither of these has improved my situation, but they could help yours.

If you’ve tried all these things with no luck, it may be worth taking a break, or dropping down to one fresh pin per day (that was my typical schedule already). That way, you won’t be wasting your time.

Basically, there’s no known fix for these current issues. It’s basically a waiting game. Several bloggers have had miraculous recoveries, while others have been stuck for months. If the issue still isn’t fixed by the end of my second month, I’m going to take a break myself.

Some have hypothesized that these glitches are actually algorithm changes to encourage bloggers to spend money on ads. Recently, I actually spent $10 on a promoted pin for a sponsorship, and the stats were pretty lackluster for a highly-pinnable image (if I do say so myself). I got just over 2k impressions, 1 save, and 18 clicks. Definitely not worth it! 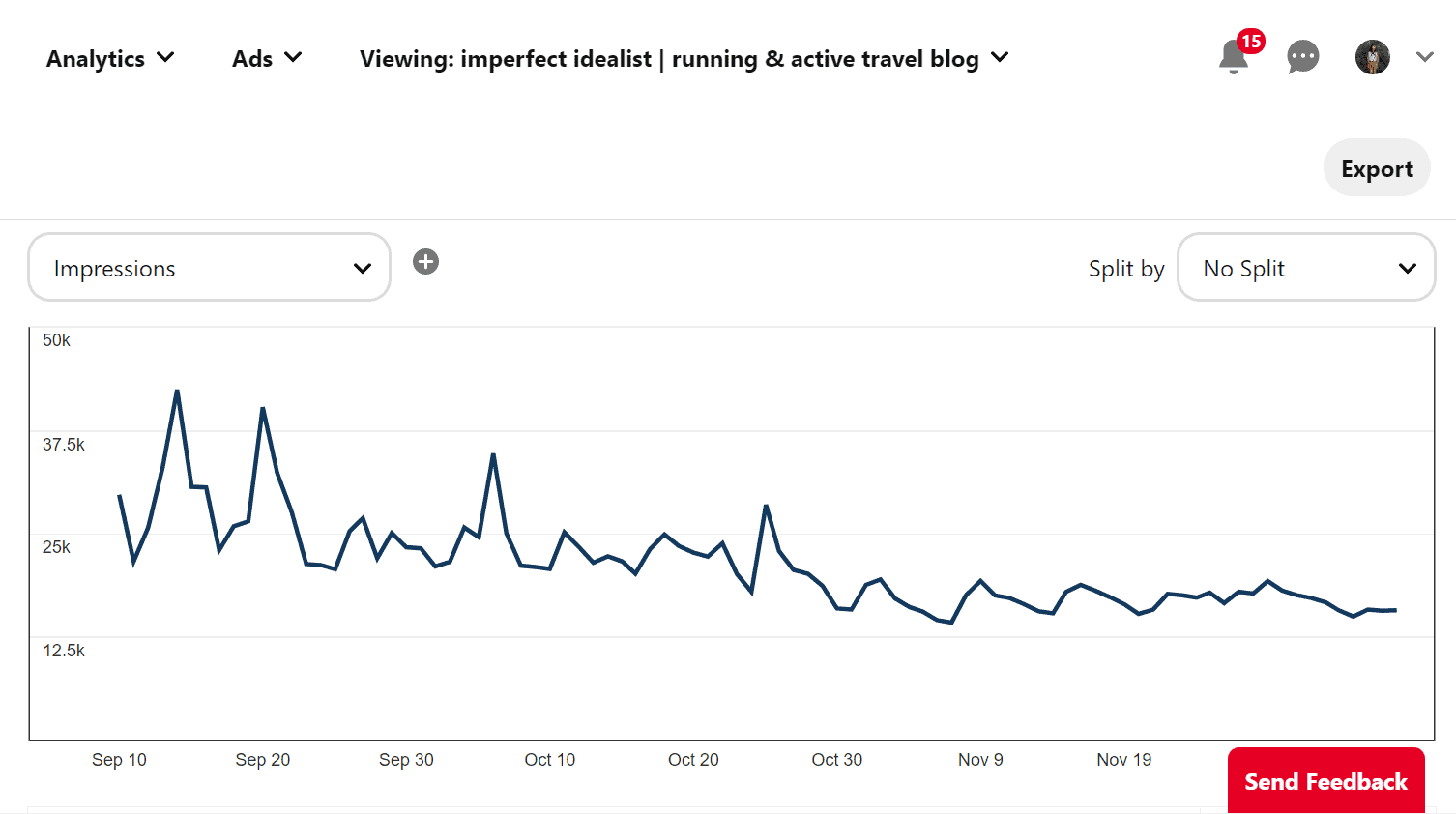 My analytics for impressions (above) and link clicks (below). You can see 50% drop right before October 30. 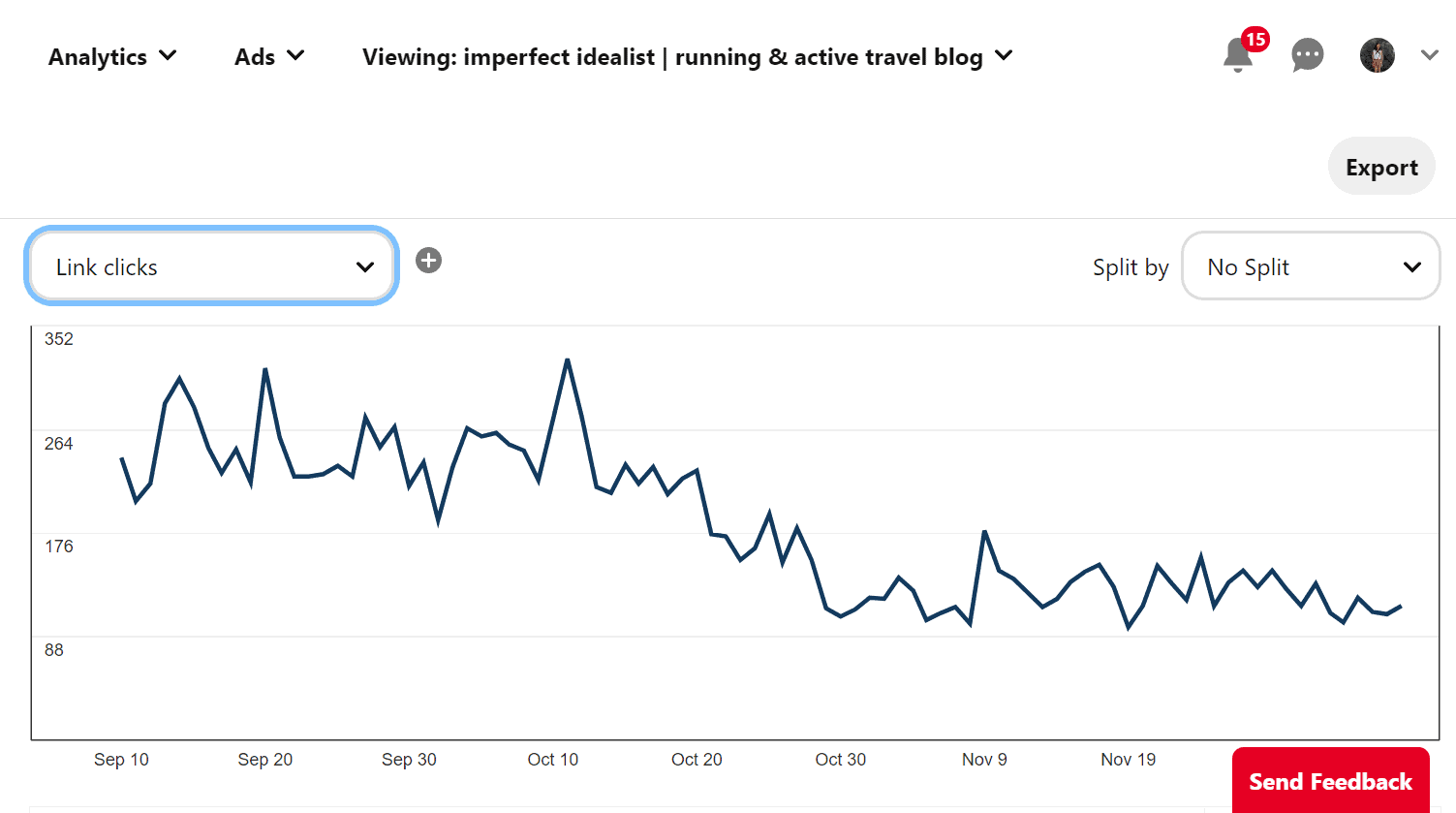 Is Tailwind Still Worth It?

For those who don’t know, Tailwind is a Pinterest scheduler. It also offers “communities,” where you can share your pins to be reshared by others in your niche (you usually need to reshare 1-2 other pins for every pin you add to the community).

I’ve been using Tailwind since January 2020, and I like that I’m able to schedule one pin to several boards with a specific amount of time between each repin. (This is not the case for the native Pinterest scheduler, which only lets you schedule to one board at a time).

The communities also help boost your pin stats. Since the latest glitch, I’ve had a few pins pick up and actually get impressions, clicks, and saves, and I think it’s largely due to Tailwind Communities. When your pins are pinned by unaffected accounts, they tend to perform better.

If you haven’t joined Tailwind already, it doesn’t hurt to test it out. To be completely transparent, I have a referral link that will give you a free month and $15 off if you decide to sign up for the paid plan. If the free month doesn’t help you, you can just stop using Tailwind. People have been reporting lower impressions from scheduled Tailwind pins, so I would recommend testing out the communities only for now.

I’m personally not sure if I’m going to be renewing my annual plan in January. I don’t love the idea of tracking my repins manually, so I’m likely going to continue, unless Pinterest decides that we should only save each pin once.

UPDATE: As of late January 2021, I canceled my Tailwind subscription since my Pinterest stats have not recovered. While Tailwind Communities were boosting my pin stats, I didn’t want to spend more money on Pinterest when it was not producing results. I am not consistently posting pins anymore as it doesn’t seem worth my time.

Anything can happen at this point, and it does seem that Pinterest is a little out of touch with the reality of being a creator. We don’t spend time creating pretty graphics to share them only once! We also can’t spend all day creating graphics and new blog content to be linked to those graphics. 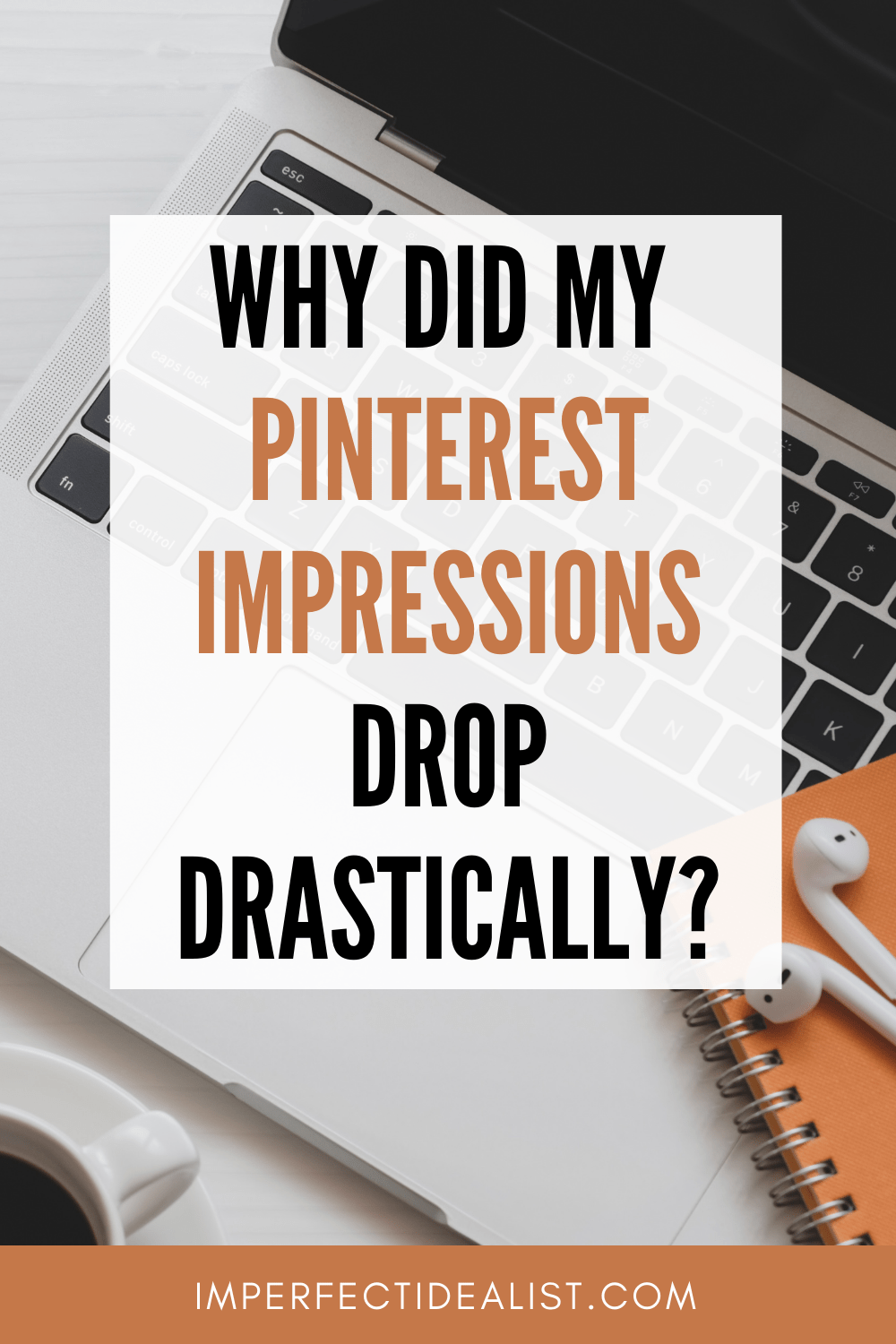 At the end of the day, the goal of any social platform is to make money. The way they do that is to get us to spend more time on the platform. Pins that link out to blogs take users away from Pinterest, so it’s possible that they are trying to cap this activity. In fact, story pins (which don’t have external links) are apparently doing quite well.

Is this a short-term glitch? Or will Pinterest become irrelevant for bloggers? It’s unclear. In the meantime, I’d recommend diversifying your traffic sources. SEO is a little more consistent, and TikTok is also supposed to be the next biggest thing. No one platform is completely reliable; branching out will save you from losing major traffic when issues arise.

If you’re experiencing issues with impressions, you’re definitely not alone. If you’re comfortable sharing, let’s start a discussion in the comments to see if we can help each other out (or at least complain together haha).

10 Common Blogging Mistakes to Avoid
Stolen Blog Content? How to Deal With Plagiarizers
10 Things I Love and Hate About Blogging 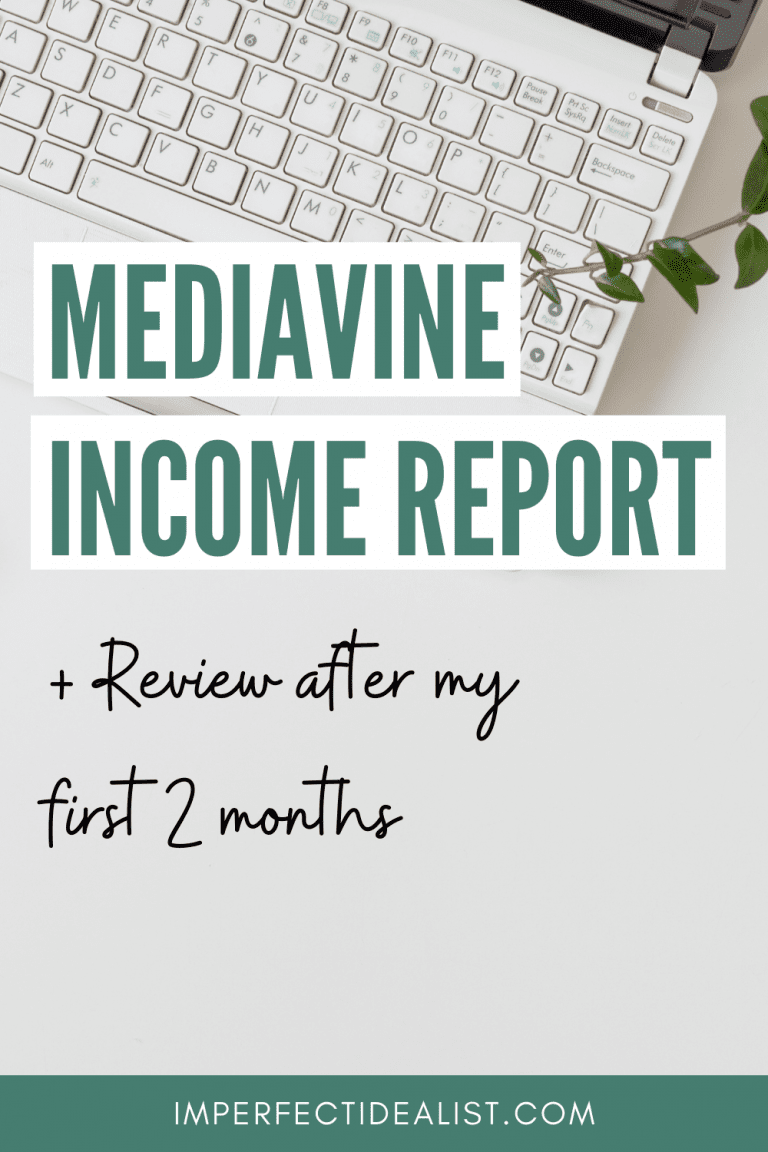 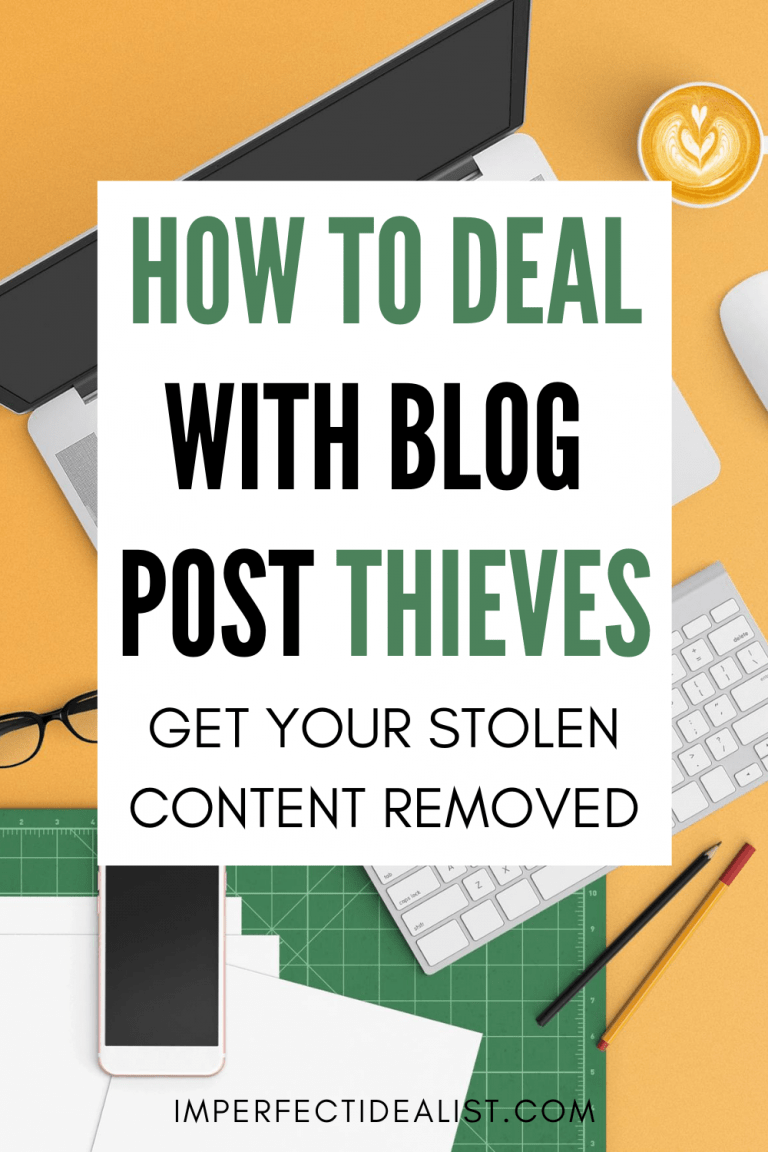 You know that saying “If you have haters, you’re doing something right”? The idea is that… 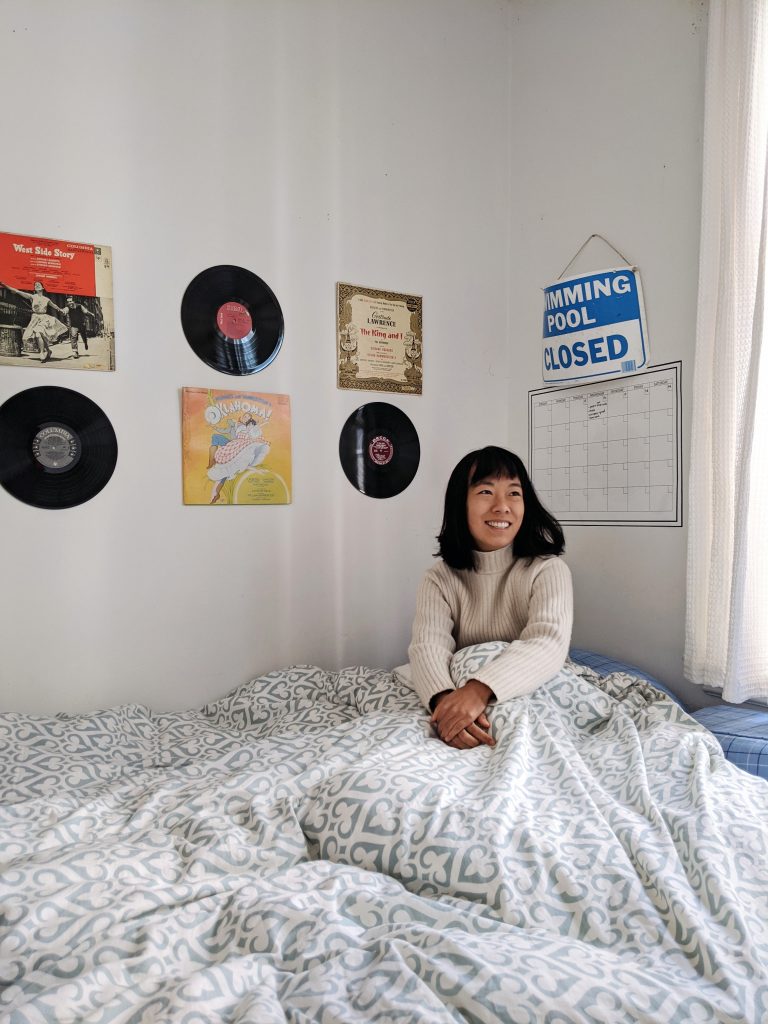 Ever since I started taking my blog more seriously (as of 2019), I’ve liked to look… 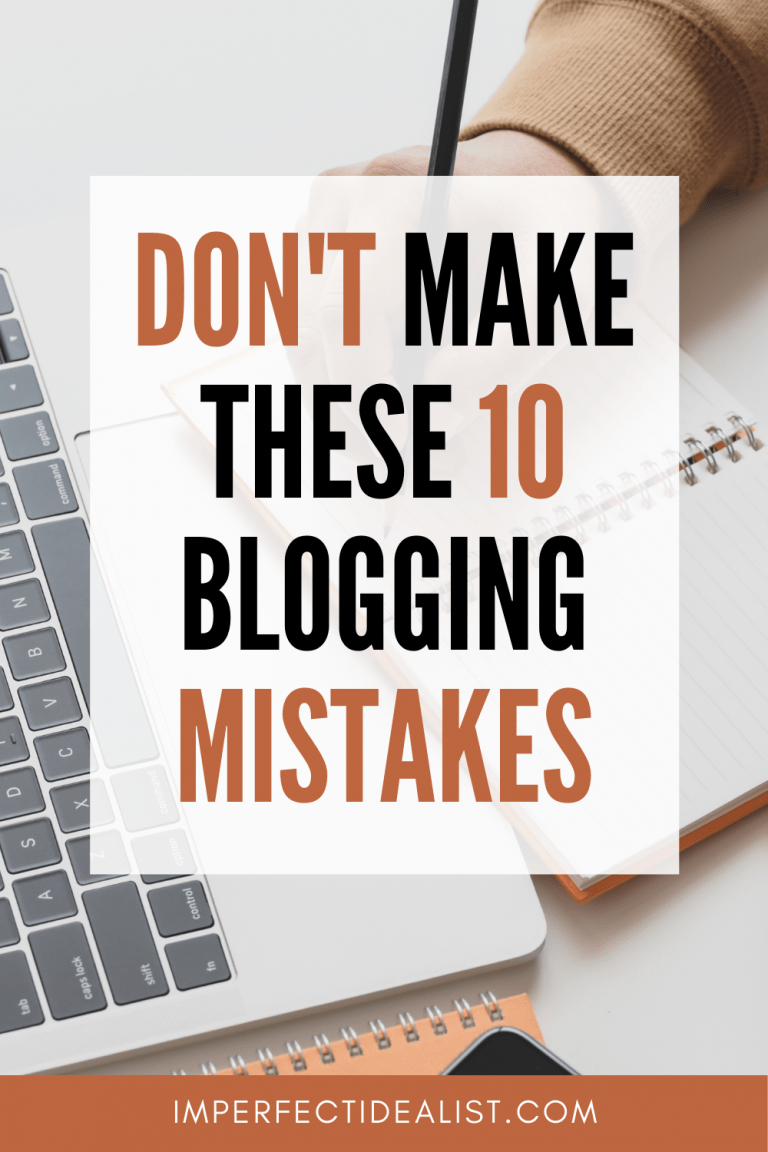 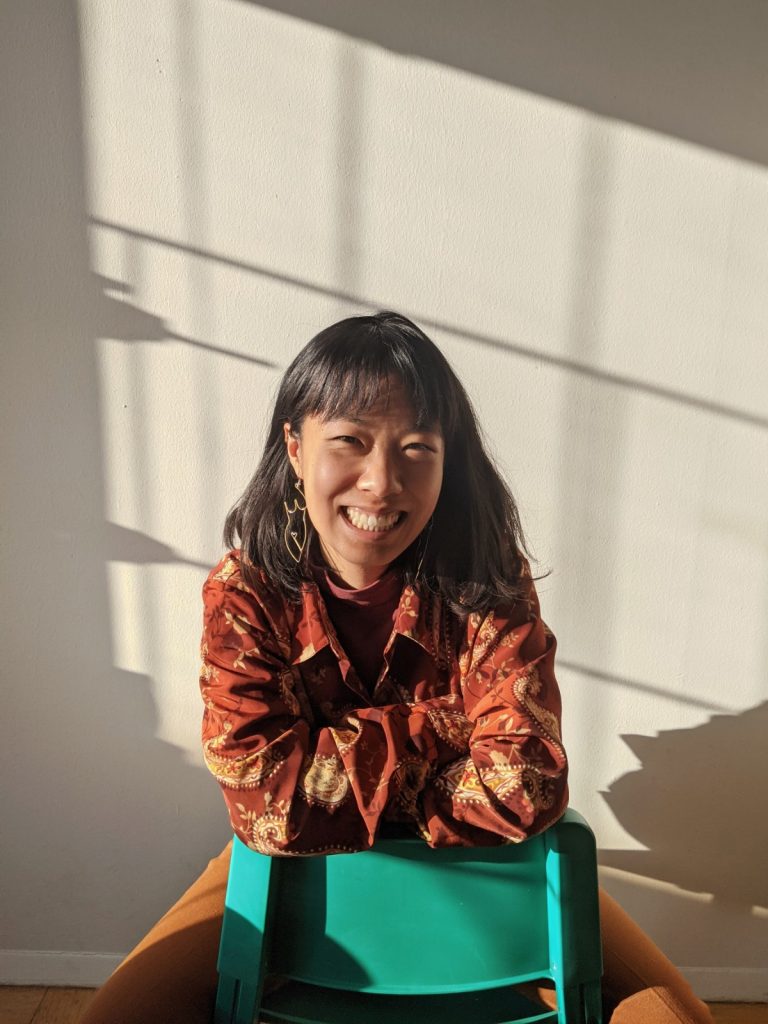 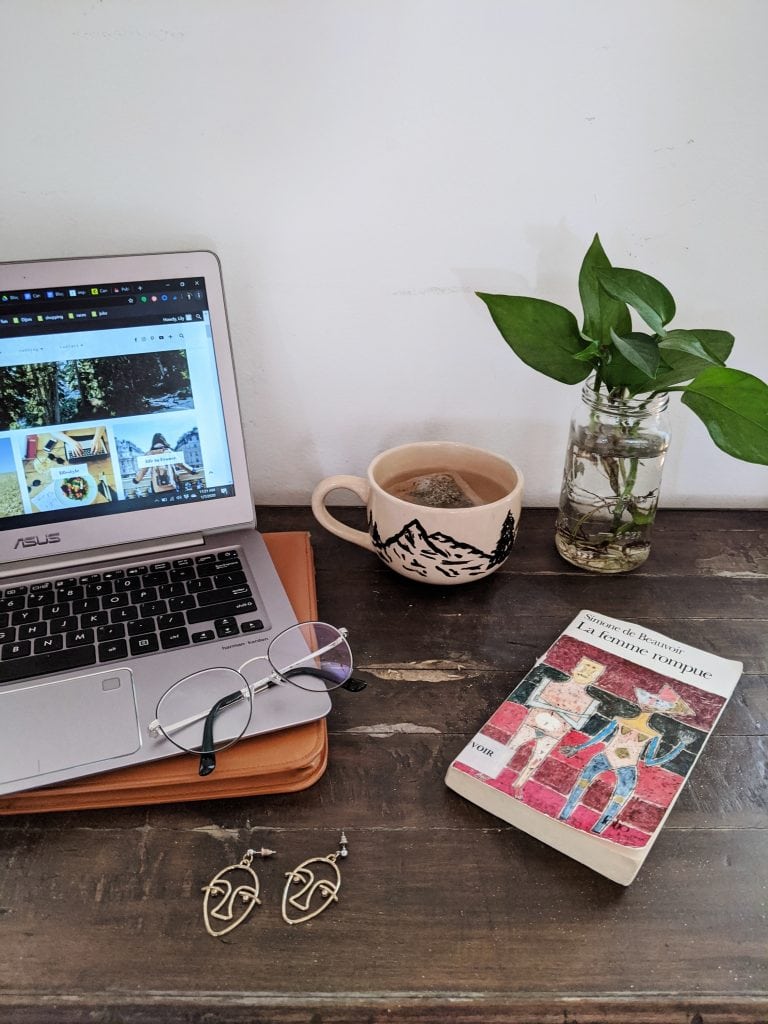 In this post, I’ll be laying out how I made my first $400 blogging in the…