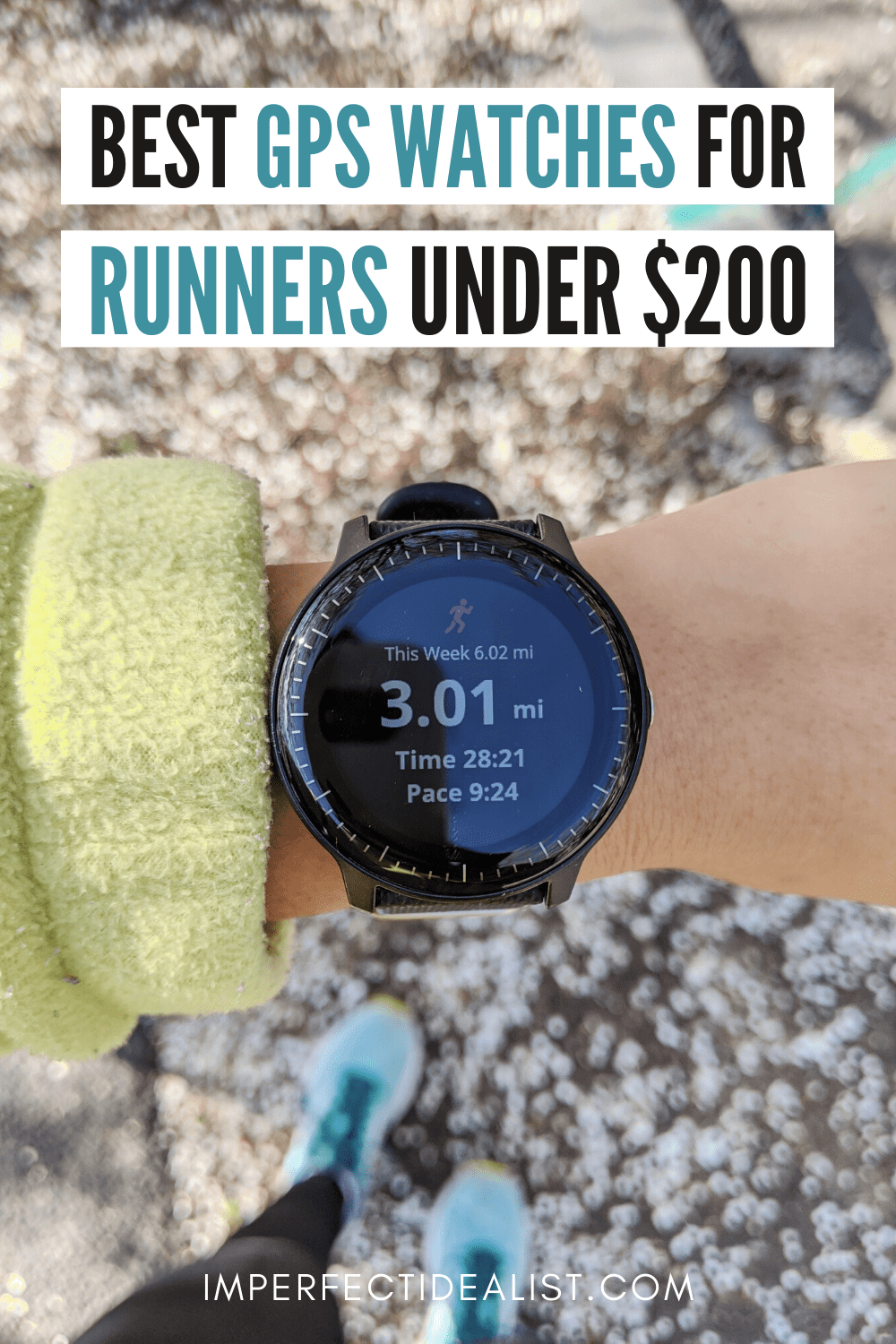 GPS watches are expensive, and it took me over 9 years of running to finally invest in one in December 2018. Since then, I’ve had the chance to test and compare 6 of the most popular Garmin GPS watches (through partnerships or borrowing from friends—I’m not loaded and can’t buy GPS watches willy-nilly). I think I can safely say now that I’m a big GPS watch nerd 🙂

If you’re in the market for a GPS watch, but don’t want to spend tons of money, I’ve got you covered. Based on my experience, here are the best GPS running watches under $200. And lucky for you, there are only 3 on the list, because I personally hate being overwhelmed with options haha.

As some quick background and context for my opinions, I’m a long-time distance runner who trains mostly for marathons and half marathons, and tries to go for PRs. I cross-train quite a bit though, and basically train triathlon-style for marathons, running only 2-3 days/week (it’s weird, I know). I’ve also dabbled in trail running. So, you can expect my perspective to be that of a pretty motivated road runner who also has other fitness activities.

Why Garmin? Is it the Best GPS Watch Brand?

Before I dive in, just a quick clarification: all of these watches will be Garmin watches. Why? Well, the straightforward answer is that I’ve only tested Garmin GPS watches, so I can only comment intelligently on that brand. Garmin also has the best reputation among runners, so it’s the most commonly used. This can lead to some smaller side benefits, like being about to borrow a friend or roommate’s Garmin charger (they’re all the same), adding connections on the Garmin app, or participating in Garmin challenges with friends. You’re also more likely to be able to find help in forums or Facebook groups from fellow Garmin users. (How many times can I say “Garmin” in a paragraph lol—this post is not sponsored in any way, just a big Garmin nerd).

So, if you’re looking for non-Garmin watches, this is not your post. But if you do want to learn about some of the most popular and tried-and-true GPS running watches, let’s dive in.

I’ll be going over their unique pros and cons, and listing how much they cost. Prices are recent as of early May 2020.

I also want to note that this post contains affiliate links, meaning that I may earn commission on any purchases you make through the links. It doesn’t cost you any extra, and your purchases help me keep my blog running, so I can keep writing posts like these to try to offer helpful advice. If you’re planning to buy on Amazon or Garmin, it would mean a lot if you did so through these links 🙂 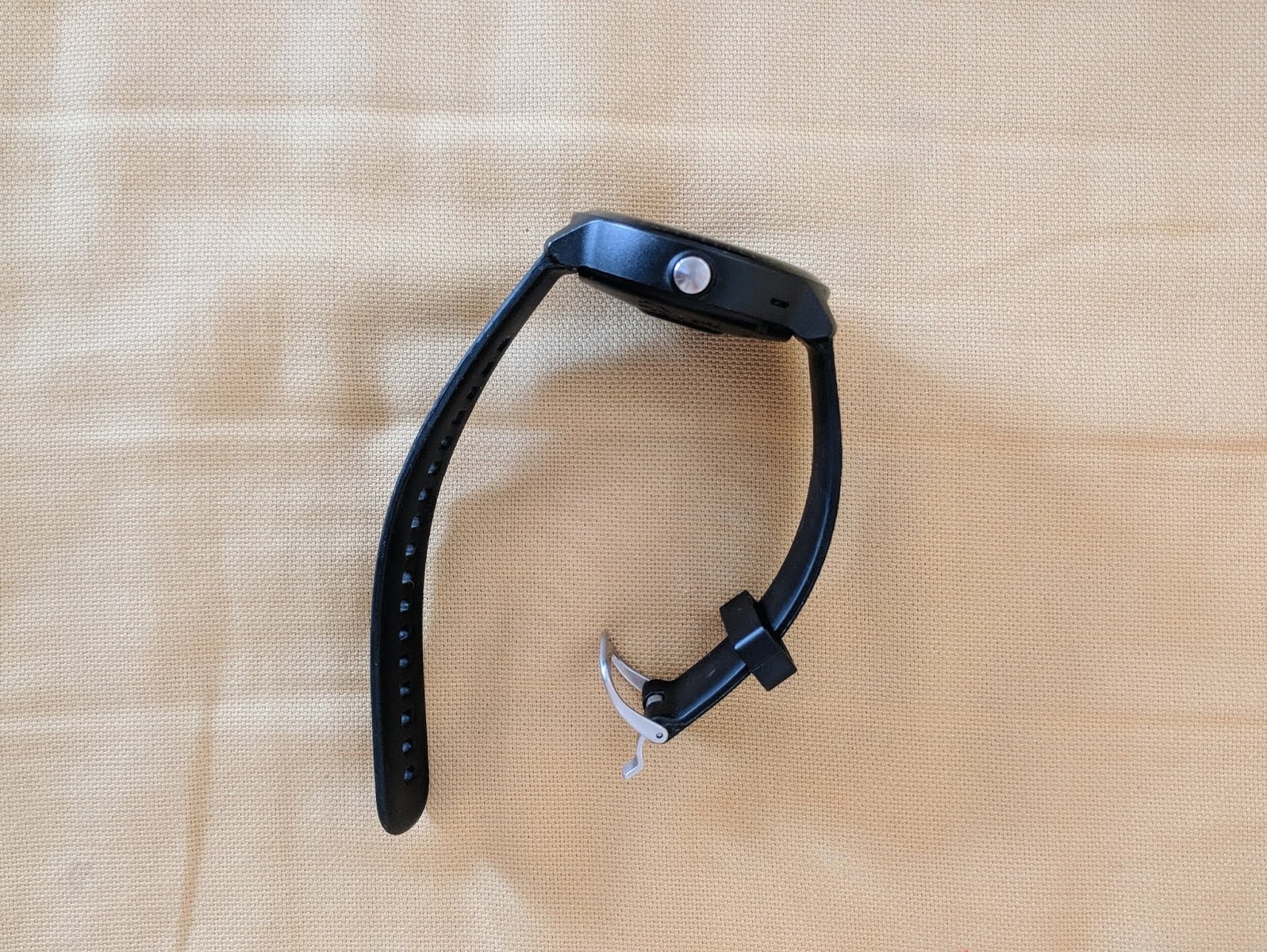 I personally have a Garmin Vivoactive 3 Music, and it’s the best well-rounded watch at a great value. Here are its pros and cons. 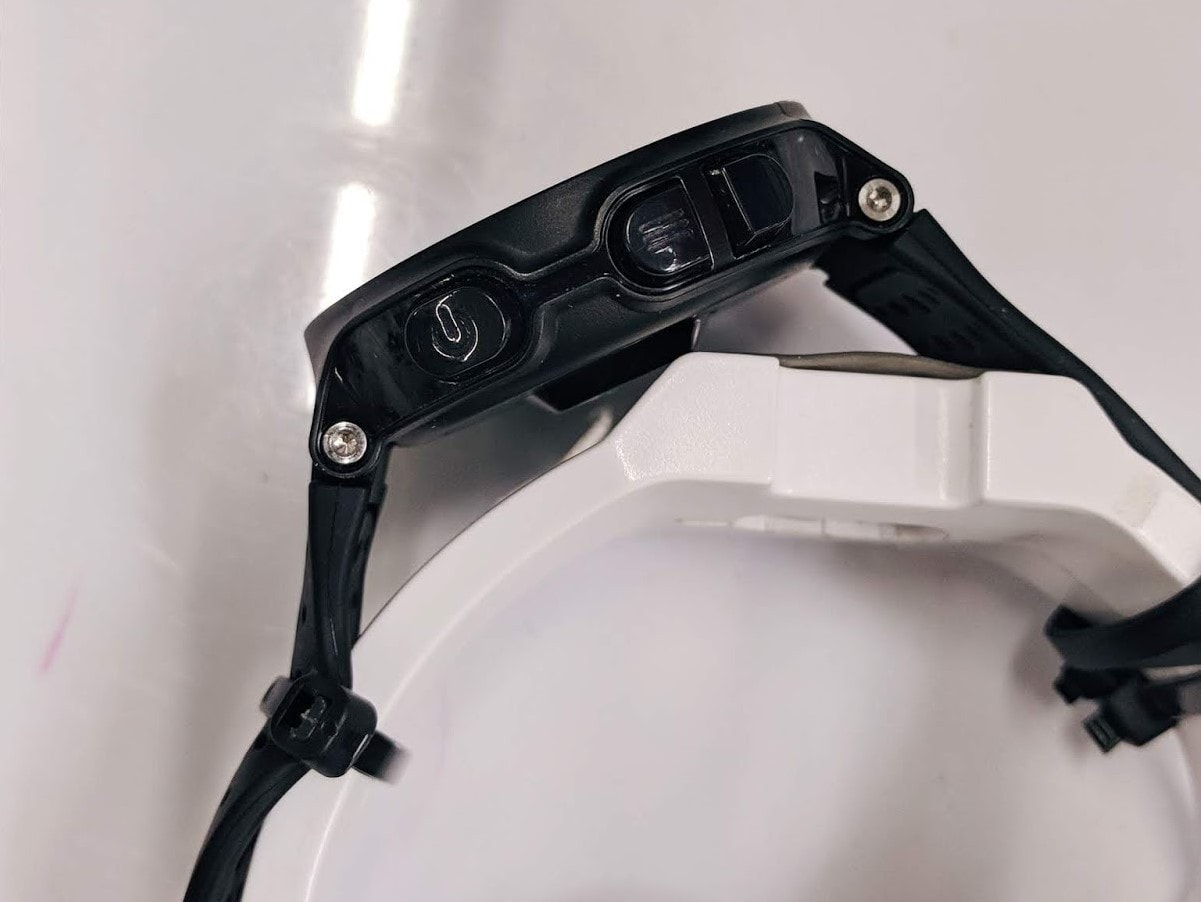 The Forerunner 235 is the most popular entry-level GPS watch, and remains a favorite today, even though it was released 5 years ago. I personally think the watch is overrated (gasp!). I actually bought the Forerunner 235 first, only to return it for the Vivoactive 3 because I thought there had to be a better value watch. While I didn’t love the Forerunner 235, it can be a good fit for some people. Here are its pros and cons.

Most Comfortable to Wear: Garmin Forerunner 45 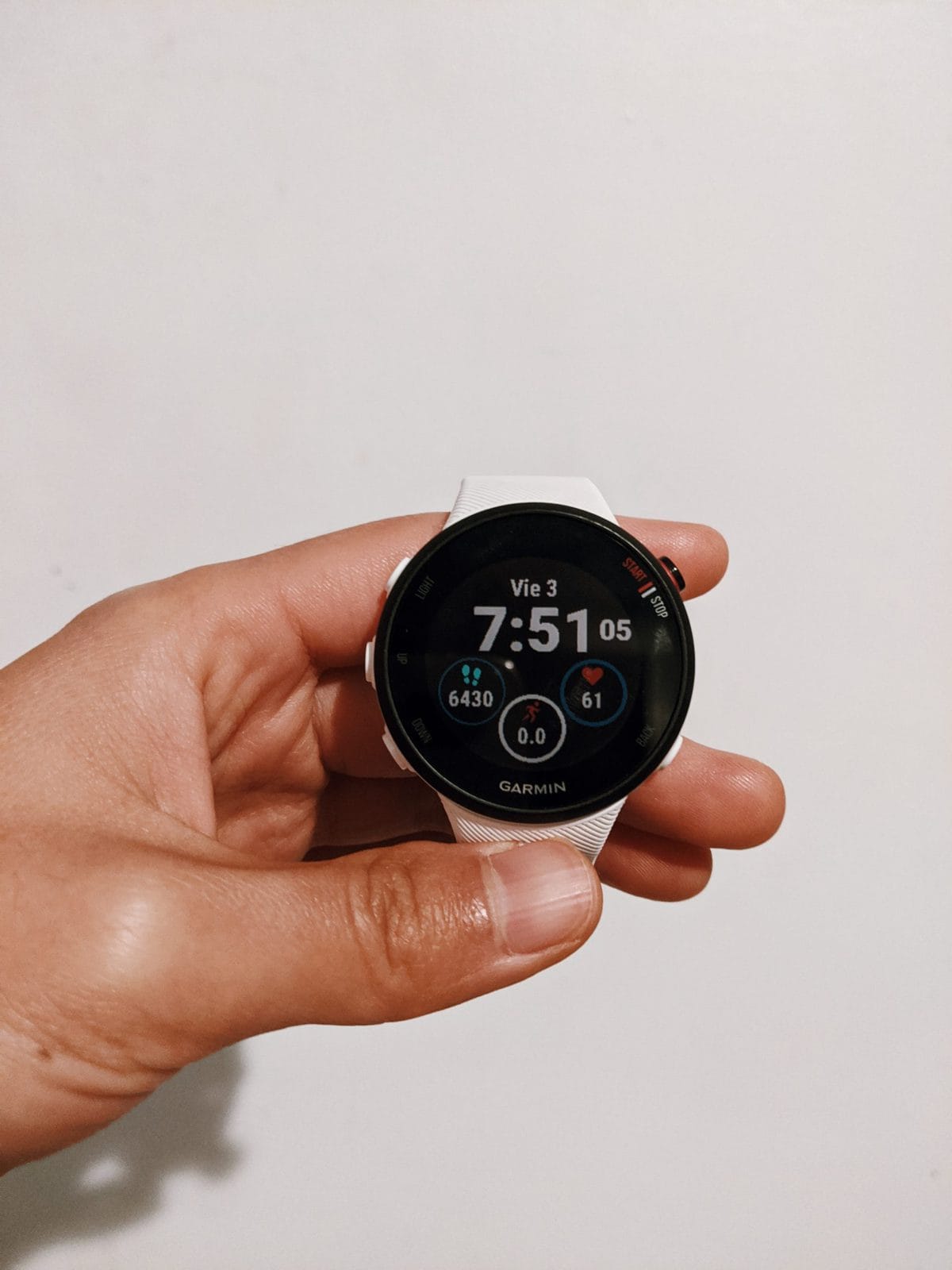 The Forerunner 45 is the most recent of the 3 watches, having been released in Spring 2019. It’s an update on the Forerunner 35, and is a decent entry-level GPS watch, though I find it pricey for what it offers. Here are its pros and cons:

I know I mentioned I’d only include 3 watches in this list, but I wanted to add this fourth one as a more budget-friendly, basic GPS watch. The Forerunner 35 is the older version of the Forerunner 45. The main differences are that it’s square-shaped and it doesn’t have other cardio tracking profiles (only a general “Cardio Training”), Incident Detection, stress monitoring, or Body Battery. It’s basically a bare-bones GPS watch and everyday fitness tracker with basic smartwatch functionalities. I personally wouldn’t recommend it since you can get the Vivoactive 3 for only $30 more on Amazon, but if you really don’t need the extra features, you might consider the Forerunner 35.

Here’s a more visual look at the features of these watches, in a table. I’m not including the Forerunner 35 since it’s not one of my main recommendations, and it doesn’t have really any of the below features, other than being able to track running and biking.

I may be biased, but even based on features, the clear winner is the Vivoactive 3. It has the most capabilities for the cheapest price (at least on Amazon for the non-music version). Unless certain features of the other watches stand out to you (like the Forerunner 235’s Race Predictor or the Forerunner 45’s Body Battery), I’d go with the Vivoactive 3. You can track pool swimming and many more activities, get accurate elevation stats, and also carry music on the watch (if you get the music version).

If you want more in-depth comparisons of these watches, check out these posts:

How to Save Money on GPS Running Watches

If you’re not satisfied by the prices of these watches and want to save even more, here are my tips.

I’m not a huge fan of Amazon as a company because of their business practices, and try to avoid them wherever possible. That said, they do offer some of the best prices on GPS watches, and that can make a big difference if you’re on a tighter budget. You can also track prices on Amazon using camelcamelcamel—simply enter the product link you want to track, set your desired price, and enter your email. You’ll be notified when the price drops to your desired price.

If you want to avoid Amazon or save even more money, consider looking for used or refurbished watches on eBay (sometimes, there are even new ones at a big discount!). You can also try Facebook Marketplace, or even post on Facebook asking your friends if they have what you’re looking for. Just be aware that there is a risk, since you’re not buying from an authorized retailer. The lifespan of the watch could also be shorter since it’s already used.

One final tip is to look for an older model of the watches listed, such as the Forerunner 230 or 25, which are discontinued but still available on eBay. Be sure to do your research and compare the specs of the watches though, as they won’t be the same as the current models. I personally would avoid discontinued models since they’re not as well-supported (you might not even be able to connect them to the Garmin app, or sync them with Strava). They can be great, however, if you just want basic GPS tracking and don’t want to spend a lot of money.

4. Be wary of lifestyle and general fitness tracking watches.

There are of course even cheaper watches that can track your running (Garmin even has a couple Fitbit-style watches under $100 on Amazon), but many of them aren’t made for running specifically. If you want a current GPS running watch with more than just bare-minimum functionalities, expect to spend at least $100. The last thing you want is to buy something cheaper only to outgrow it quickly, as you’ll end up spending more money overall.

I hope this post was helpful in providing an overview of some of the best and cheapest GPS running watches. Let me know if you have any questions!

I also want to encourage you to buy from local small businesses if you can (a lot of local running stores are struggling now). I obviously don’t get paid through affiliate links if you do that, so if this post helped you and you want to show your appreciation, you’re always welcome to buy me a ko-fi (kind of like Patreon, but one-time). I put a lot of work into these posts, and it means a lot to know if it helped you! 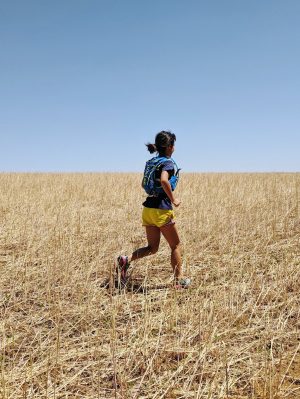 Review: Hoka One One Speedgoat 2 (Women’s) 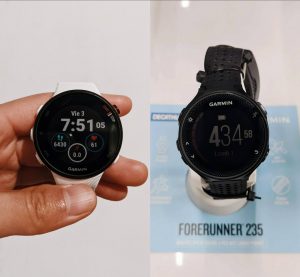 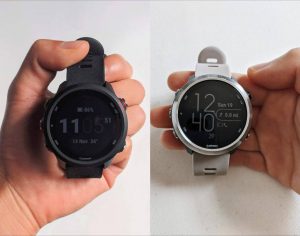